Thursday evening saw the annual Havant Borough Sports Association awards night and, of course, the Many Shades of Grey were there in force. The promise of free tea and a buffet was enough for the lads to don their Sunday best and head down to Havant Leisure Centre for what turned out to be a very enjoyable and successful evening.

Looking nervous in the bar prior to the presentations 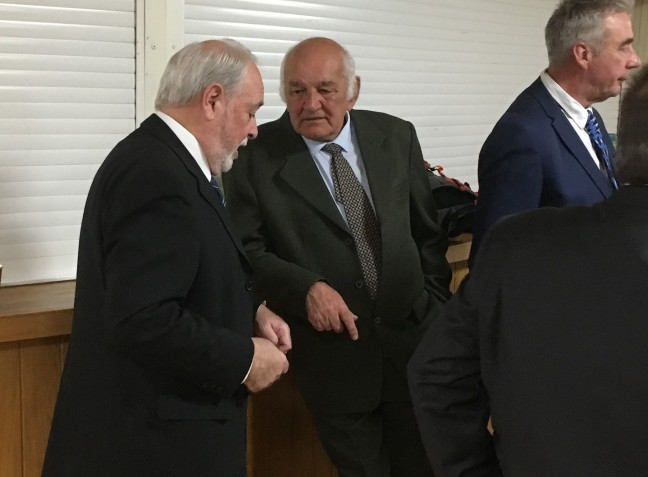 The first success of the evening came in the category of Senior Team of the Year Award which the Mayor presented to Stewart and James  for the Many Shades of Grey. 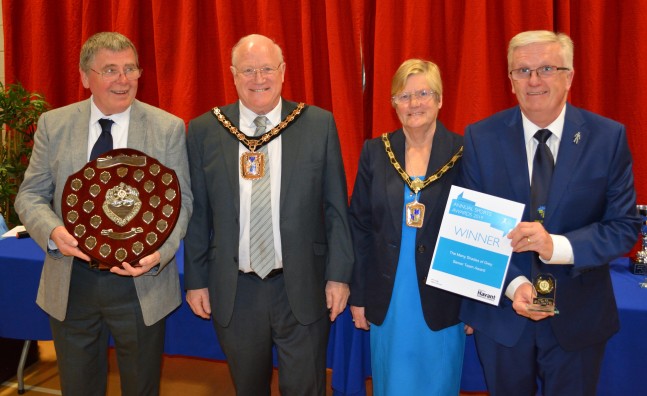 Following quickly on, Havant & Waterlooville FC were awarded the Club of the Year Award, not just for the first team successes in 2018, but also for the great work done by Hawks in the Community and the award-winning Westleigh.
With the team and staff en route to Gateshead for the big weekend clash, Stew and James stepped forward to accept the award on the club’s behalf. 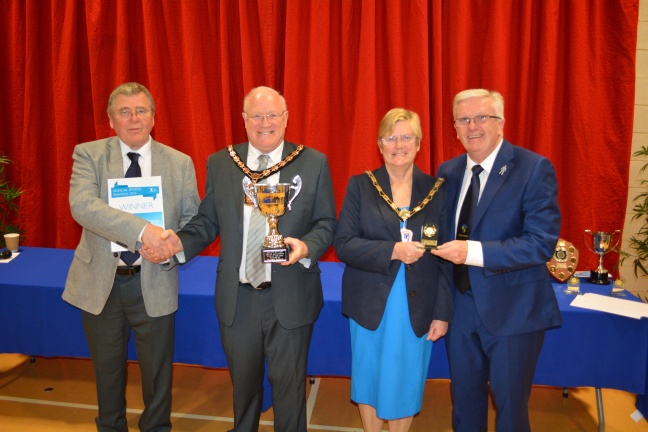 It was James’s turn to take to the mic with the Mayor and Lady Mayoress hanging on his every word – and Stew wishing he would hurry up and finish so they could adjourn to the Westleigh.

However, the biggest congratulations of the night go to our own Bobby De Ste Croix who won the Special Merit Award for his long goal-scoring career in local football. 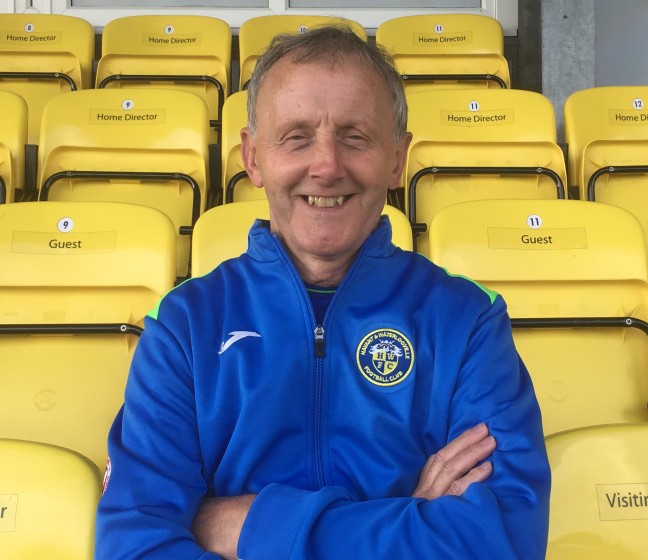 With Bobby unable to attend, James was on hand to collect his award 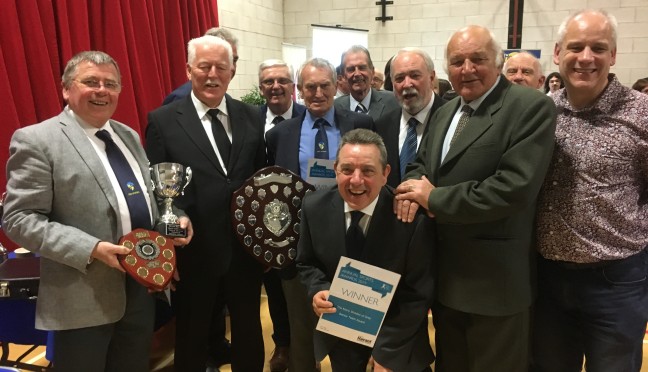 Well done to all the winners and many thanks to Havant Borough Sports Association for putting on the event and having us along.

Many more photos of the evening can be found here